Another Perspective on Identity, Diversity, and Tolerance

In A Few Thoughts

One thing that I find interesting is that those parents and students supporting DEI wholeheartedly are very quick to villainize the large group of Unify Westfield parents. They call them “ignorant,” “bigots,” clueless,” “just afraid their kids will turn gay,” “CPS should be called on them,” etc. The UW Instagram page is littered with hate-fueled comments under each post about being Nazis, KKK, or pedophiles.

Westfield Truth, the predominately student run Instagram account, produced a Bingo card to reward teachers and administrators for completing tasks like “Ditch a bigot or homophobic friend.” They also created a power point that dismantles the Christian religion in favor of their own religion where God created all people gender fluid and where homosexuality refers only to pedophiles. This incredible intolerance is quite ironic given the stated desire for inclusion and tolerance.

Given this incredible divide, I am confident that we can find things that both groups could agree upon that would benefit all kids, without animosity between students.

These are a few ideas that we could teach kids and that would provide wisdom, healing, and encouragement:

These concepts and more would bring unity to our students and strengthen them as individuals which would enhance the collective student body at each of our schools. 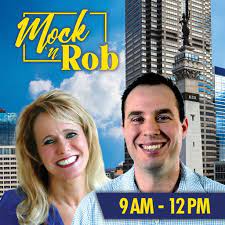